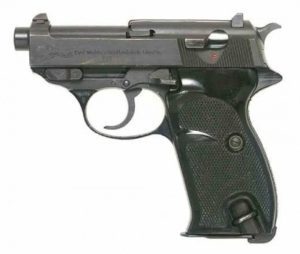 Jennifer was a piece of work, but no way did she deserve what happened. She was my connection’s girlfriend. Jim was the guy that got the ergotamine tartrate from Czechoslovakia, found the chemist in Ann Arbor, and had the tabbing machine in Woodland Hills. Best damn LSD in the ’70s. I would buy it in crystal form—four thousand hits to the gram—and turn it into pyramid-shaped gelatin “windowpanes.” Green for Connecticut. Red for Australia. Blue for LA. We made a lot of money.

One night I was supposed to have dinner at their house on the beach in Malibu. I lived nearby, up in one of the canyons. Jim called me and said Jennifer was at the Topanga market, buying food. He said she was running late but come over anyway.

It was late dusk, August, and muggy out. Northbound traffic was still heavy, but I was going the other way. About a mile from the house, I noticed a car in the dirt lane between the northbound lane and the cliff that looms above it. I wasn’t sure, but it looked like Jim’s El Camino. I hadn’t seen it more than a few times—it belonged to his gallery at the MGM Grand in Vegas—but it had a distinctive look with its flatbed and its two-tone paint job. I did a U-turn and doubled back.

The El Camino’s lights were on. There was movement in the cab when I pulled up behind it. Something didn’t check out, but there was no reason Jennifer would be here; the location was past her house if she was coming back from Topanga. I got out of my car.

The El Camino’s windows were fogged. A kid was in the driver’s seat; I knocked on the window and he rolled it down. I asked him what he was doing, and he said he and his girlfriend were having “a little, uh, you know.” I said, “No, I don’t know, can you come out here for a moment?” And he did. Surfy looking kid, about nineteen, stocky, a bit sweaty, standing there between me and the door. I caught a glimpse of someone seemingly passed out on the bench seat.

I told him I was sorry to bother him, but the car looked like my friend’s car. He said, “No, I’ve had this car since I got my license.” I said, “Is your girlfriend okay?” and he said, “Yeah, she took a couple of reds, I gotta get her home.” Kept his cool, he did. I sensed something was off, but couldn’t pin it down.

I told him I lived right up the street and would be checking him out, then I got back in my car and went to Jim’s. When I told him what happened he shrugged and said, “There’s lots of cars like that.” I said, “Just check your registration.”

Jim went to a back room and a minute later came charging out with his car keys and a shotgun. We jammed up the PCH in his 450SL and skidded to a stop behind the El Camino. The door was open, the kid was gone, and Jennifer stumbled out, her face bruised and bleeding. She had been beaten and raped. Jim ran up the now-quiet highway in the dark with the shotgun, as if to catch the kid, or reverse time, or just rage at the universe.

Malibu Sheriff pulled up. They took my report and called an ambulance for Jennifer. Nobody asked about the shotgun, which later turned out to have been stolen from a Highway Patrol car.

Jim and I went back to his place and started drinking. Or resumed drinking, who knows? Wondering why the kid was in the driver’s seat. Why there were no groceries. Why there, on the Pacific Coast Highway, in late rush-hour traffic? And where was the kid from? Local? The Valley?

Later that night, while Jim ranted about hunting down the little fuck and killing him, it occurred to me that I had told the kid I lived nearby and that he had seen my car, an older Mercedes grey-market import with an odd plastic cover over the sunroof—you could spot it from a mile away. And I was the guy that could put him away for a few years.

So the next day I went to a gun shop. I didn’t take long deciding; I pretty much went straight for the Walther P38K, mainly for its don’t-fuck-with-me look and manageable size.

A basement ran the length of the house I was renting. One night, roasted on cocaine and Jack Daniels, I took the gun down there and fired at a paper bull’s eye someone had left on the far wall. It was a concrete wall, and the bullet bounced off and zinged toward where I was standing next to the water heater. That was the only time I ever shot the damned thing. I did aim it at a few people, highly intoxicated. Talk about an idiot with a gun.

I didn’t know that Jim had a heroin problem. It was early in my career in the chemical entertainment industry, and I couldn’t recognize the signs. One time, we flew to Europe on business: New York, London, Paris, and then Geneva. From there, we drove to Bern. On the flight to London, I came back from the bathroom to find Jim unconscious. He stayed that way for most of the flight. He claimed that he had had trouble pulling off his Tony Lamas and that when his foot finally came out his knee jerked up, hit him in the forehead, and knocked him out.

A few days after I arrived home, I got a call from a hotel manager in Milan, asking me to wire money for Jim’s bill. Apparently, Jim had nodded out in the bath and caught pneumonia when the water turned cold. He had run out of cash and was too sick to travel.

Some months went by. One day Jennifer called, hysterical, and told me that Jim had put a bullet in his brain. About a week later, I got a call from the cops, asking me to come to the station. When I got there, they gave me a manila envelope. The Walther was in it, and at the bottom, wedged in the corner, was a misshapen slug with visible organic matter stuck to it. I asked the officer why they were giving that to me and he said, “Well, it’s your property, isn’t it?”

Years later, when things had turned really ugly, I got popped in a coke bust. The cops said I was reaching for the gun when they blasted through the door, which was a serious crock of shit. This time, they didn’t give it back.

We expect fictional characters to be conscious—meaning to have some level of self-awareness—in order that we can understand, believe in, and perhaps identify with their motives. It’s fair to say that the quality of being conscious is the essential human quality, even though we don’t have a very clear idea what it is. We can […]

I’ve been swapping books with writers I dig up online—I’ll bug the shit out of ten, but then I’ll hook one and occasionally get a surprise. Greg Levin’s In Wolves’ Clothing hits all the spots I want in a good novel: It’s got a terrific (first-person) voice, it’s original, it moves, it has sympathetic characters, and […]